These 27 Kickstarter projects were WAY more popular than you were in high school.

But that wasn’t exactly hard to do now was it?

Wait, that was mean.

The Most Funded Kickstarter Projects of All Time 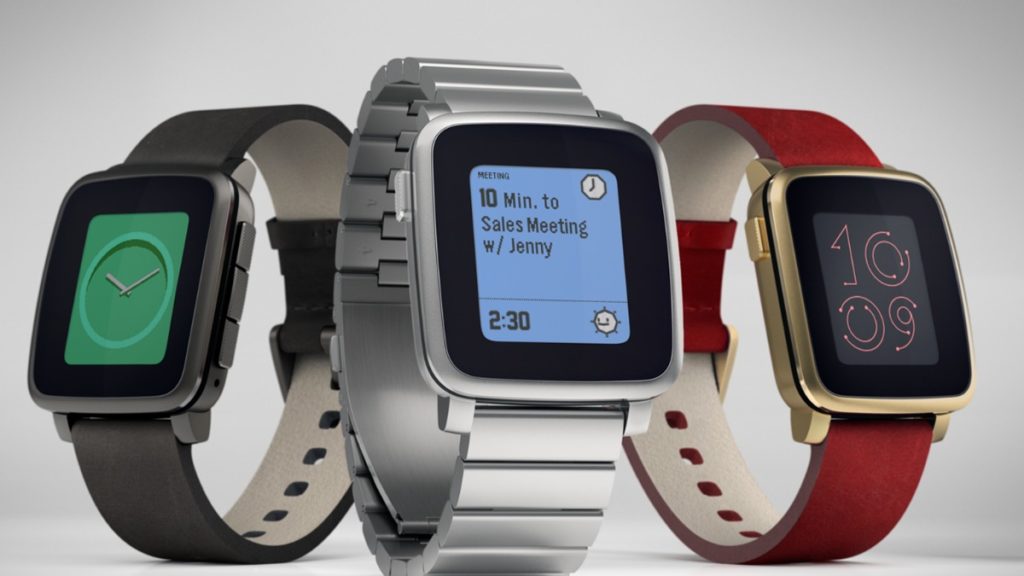 Here’s a headline for ya.

Yeah, you read that right.

By today’s standards, this smartwatch was simply archaic.

Which helped Pebble Time become the most funded campaign in Kickstarter history.

What’s going on at Pebble now?

But Fitbit was only in it for Pebble’s software, not its hardware, and shut down support for these watches in mid-2018.

A bitter end for a once feel-good story — much like my first marriage. 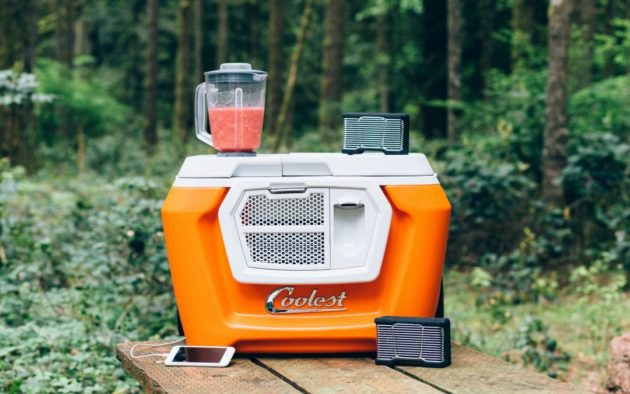 Holy sh*t this thing had a built-in blender?!

No wonder The Coolest Cooler was the 2nd most funded Kickstarter campaign of all-time.

This cooler was packed full of techy features way ahead of its time.

But one look through the comments section will tell you they’re having some delivery issues.

And, uh, the campaign ended five years ago. 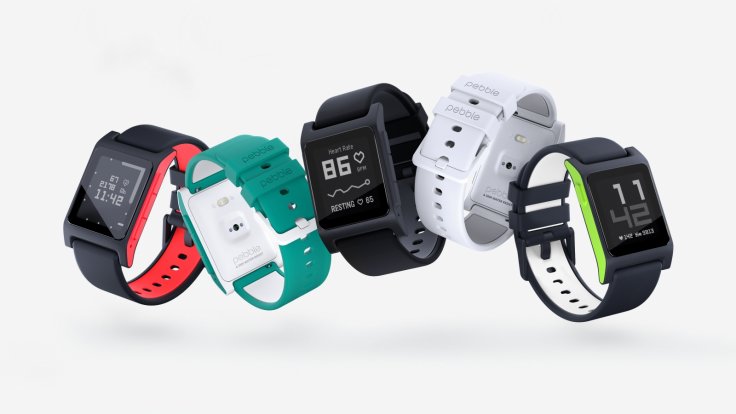 That’s right, Pebble was behind two of the top three most funded Kickstarter projects of all time.

Unless you skipped our initial description to read this one first…

(Which would be a little odd.)

You know that Fitbit basically drove the brand into the ground by mid-2018. 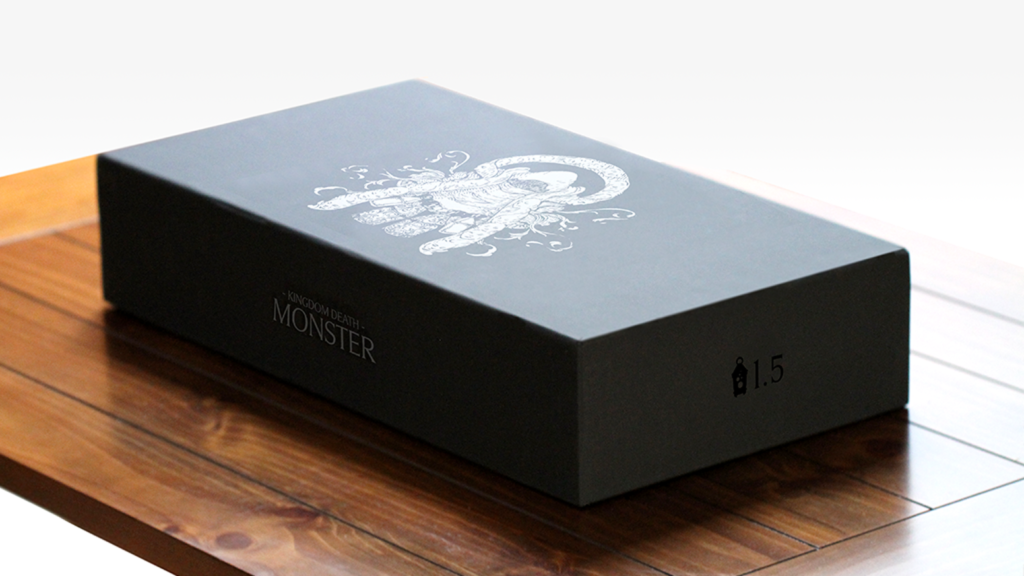 I used my powers of summation to conclude that not all backers have received this game, but the company is alive and well, selling even newer versions of the game on its website. 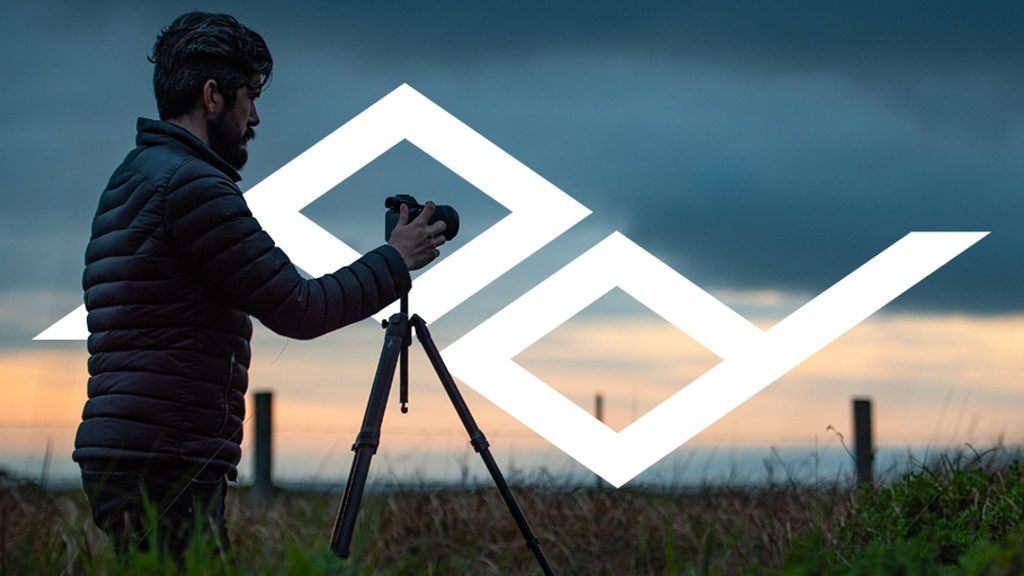 Most tripods are about as bulky as a baby elephant.

But the Travel Tripod by Peak Design is as sleek as it gets.

It features rapid-deploy legs and is half the size of other full-function tripods.

So no, if you suck at photography, this won’t make you the next Instagram influencer.

But it’ll get you damn close. 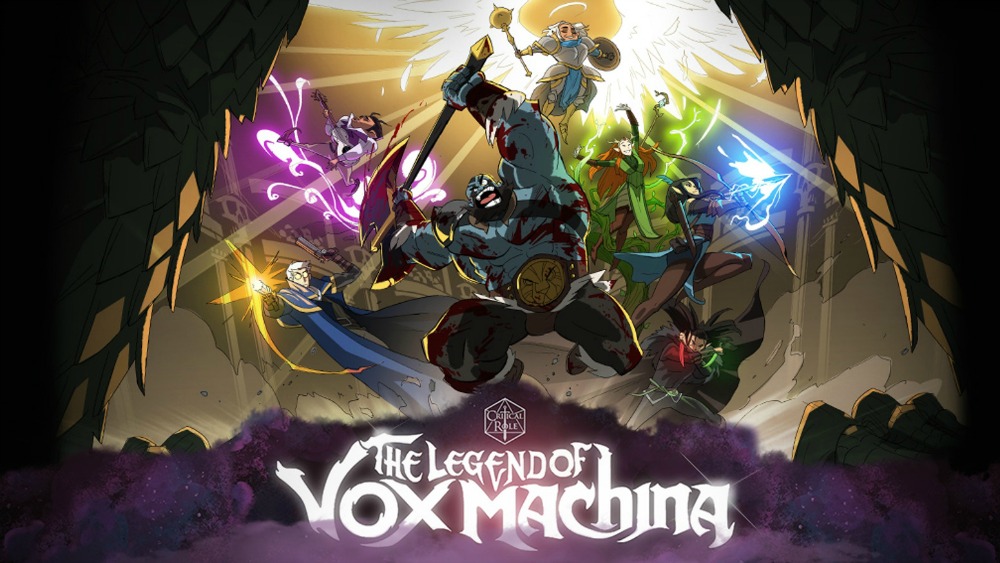 I got about a million emails saying I needed to update this list to include Critical Role.

But I really didn’t want to.

And that would have required more work.

But here I am, slaving away to keep this list fully updated and in tip-top shape.

Critial Role had the biggest day one in Kickstarter history, raising a whopping $4.7 million in 24 hours.

To put that in perspective, I won’t make that much money over the course of my entire career.

If you need me, I’ll be weeping silently in the bathroom.

Hey, sorry to interrupt, but have you signed up for The HypeSquad yet?

(No big deal or anything.) 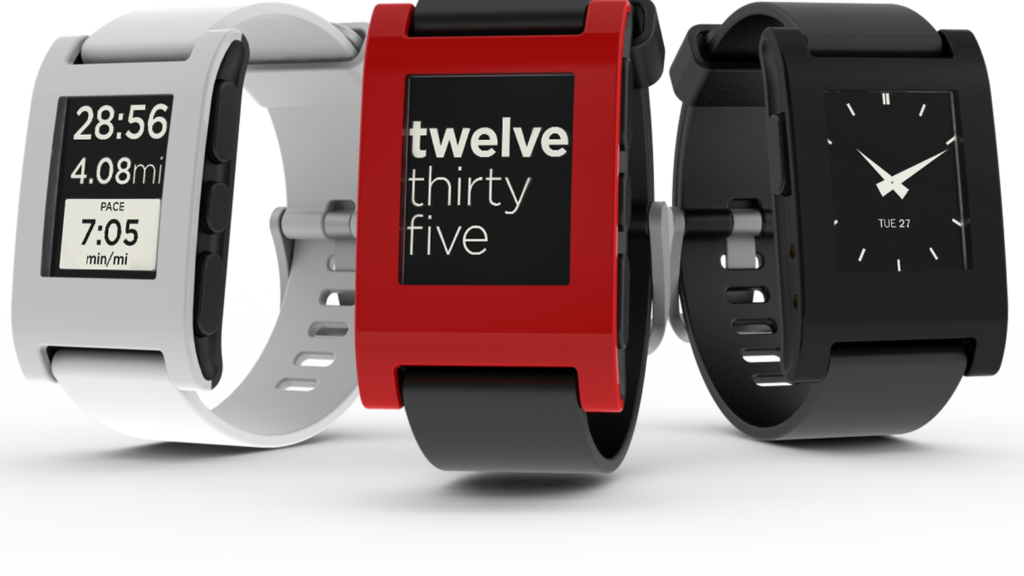 Are you freakin’ serious?!

Yup, Pebble had three of the top five Kickstarter projects of all time.

For those keeping score at home, they raised over $43 million in crowdfunding between their three projects.

They sold their company to Fitbit for $40 million.

Now I’m no Mark Cuban, but with sales numbers like that, that valuation is far from good.

The original Baubax jacket had more features than a Swiss Army Knife, which is why this stylish travel jacket attracted nearly 45,000 backers in 2015.

They actually launched Baubax 2.0 at the beginning of 2018, but this one didn’t do quite as well, finishing at around $4 million.

But when $4 million is “bad,” you’re doing something right. 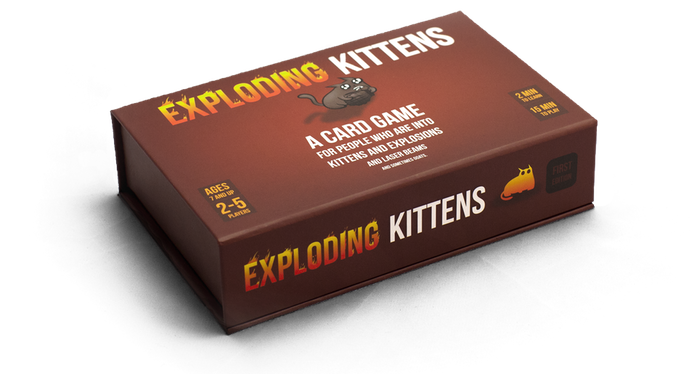 If you’ve never played Exploding Kittens, I have just one question for you:

What the heck is wrong with you??

Even though it’s number nine on the list, Exploding Kittens is arguably Kickstarter’s crown jewel.

Not only did this insanely fun game raise a ton of money, its creators delivered the game to 220,000 backers on time and now run a thriving company.

If you missed out, don’t worry.

You can now get Exploding Kittens on Amazon. 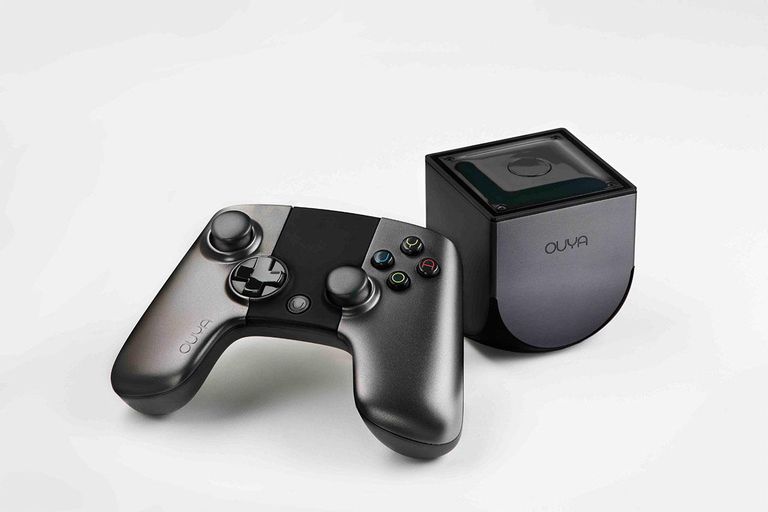 The best selling game console on Cyber Monday last year wasn’t PS4 or XBox One — it was OUYA.

These guys got bought by Razer in 2015, and never made another console. 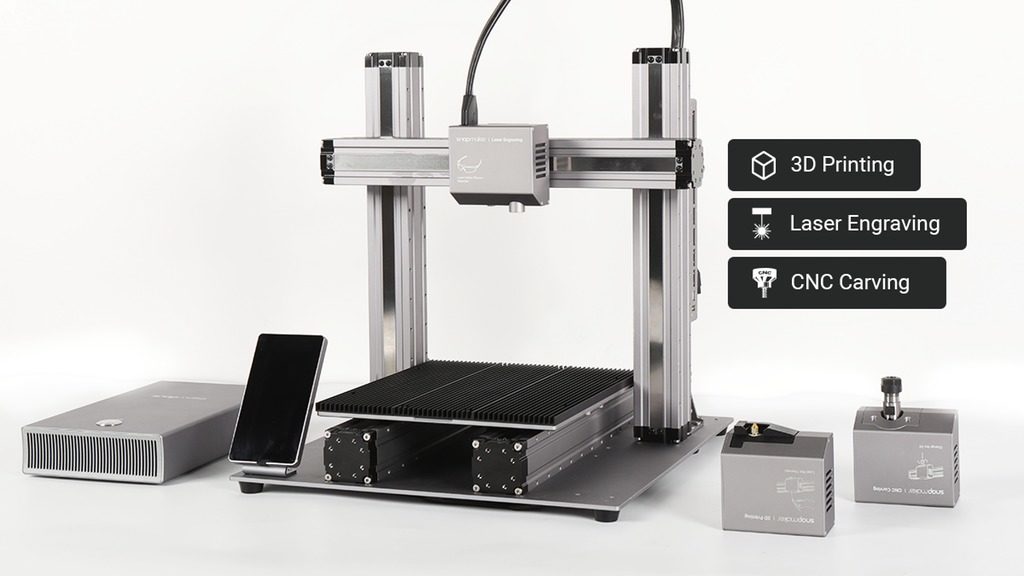 As mysterious to me as the inner workings of a woman’s heart.

But holy crap are they complicated.

Well, they used to be.

This all-metal printer is built to last a lifetime, with exceptionally high-quality components and a modern look that’s undeniably eye-catching. 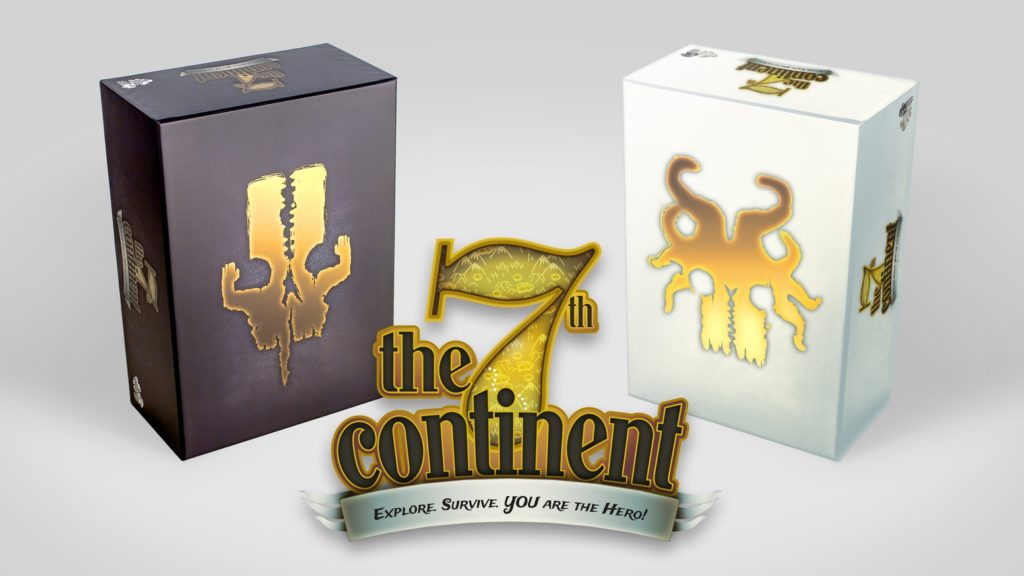 Maybe I just Googled, “How many continents are there,” and maybe I didn’t.

All you need to know is that there are, in fact, already seven continents.

This exploration board game took Kickstarter by storm at the end of 2017. 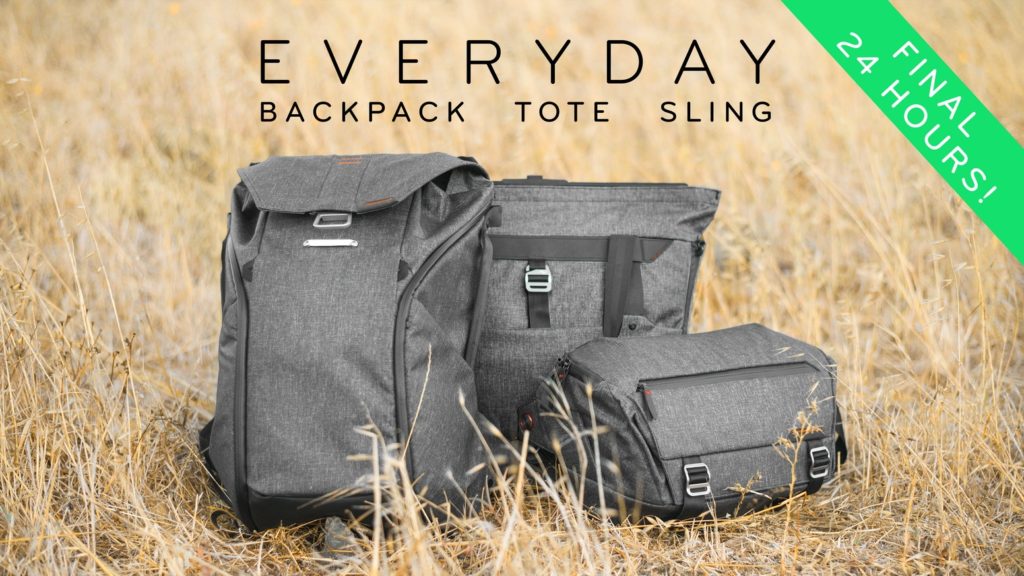 There have been more backpack projects launched on Kickstarter in the last year than ants on a fallen popsicle in the middle of July.

But this backpack beat the crowd to market and was the first truly mega-hit backpack on Kickstarter. 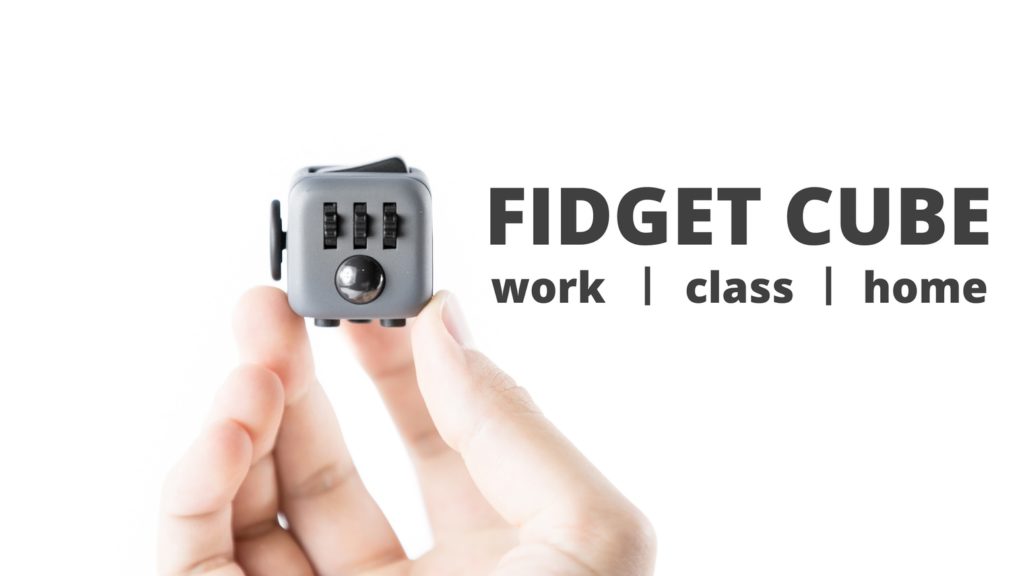 One day you’ll be gathered around the kitchen table with your grandkids.

Then they’ll look at you like you’re crazy because both fads will have long faded from everyone else’s memory by then.

But at the end of 2016, fidget cubes were most certainly IN.

A ton of cheap knockoffs piggybacked off of Fidget Cube’s success, but they still had a supremely nice payday. 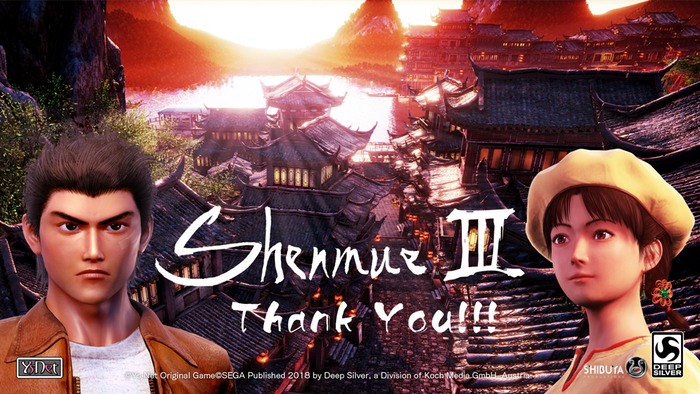 Anytime I see 132,000 comments on a Kickstarter campaign page, I know some sh*t went DOWN.

This campaign ended over four years ago.

(Although people do seem to really like the demo.)

Check back in October 2024 to see how people like the actual game! 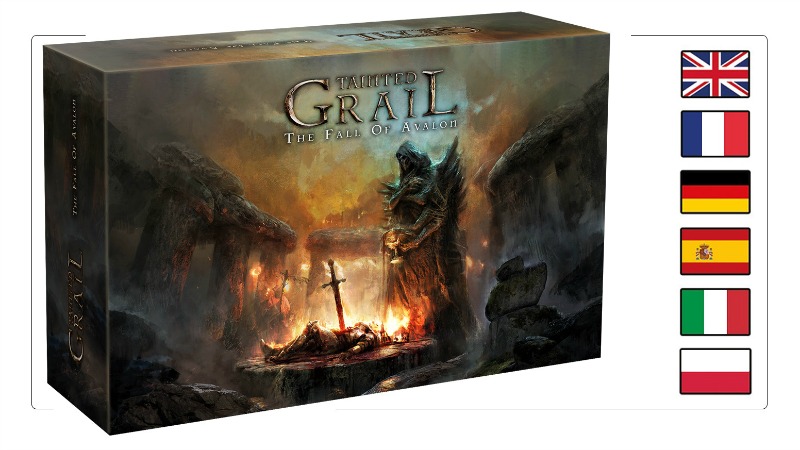 They launched Etherfields in late summer 2019, which raised a whopping $4.8 million.

That’s almost as much as I made that summer I umpired little league baseball games.

Man, I miss those days.

(Except for the ThunderBirds coach, he was a jerk.) 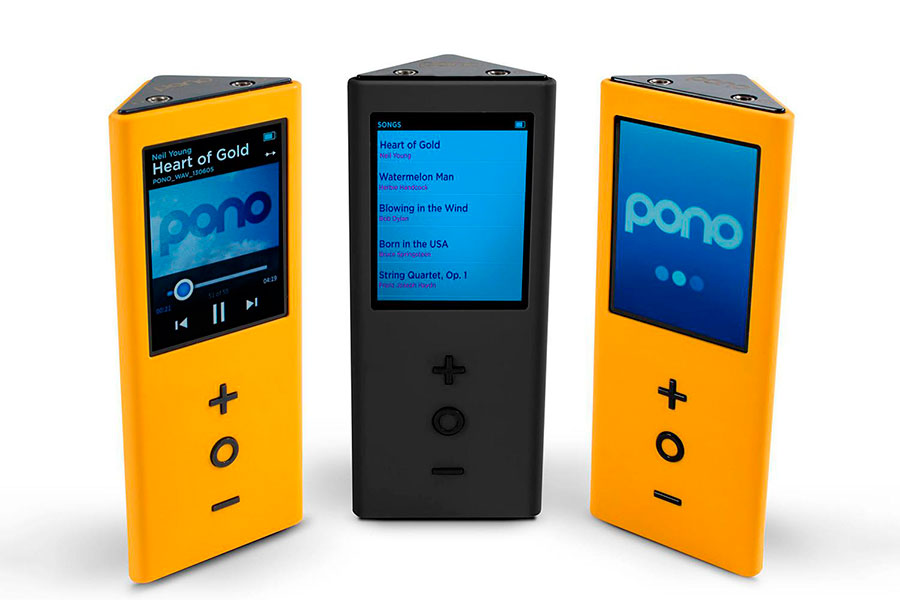 “Holy crap this thing is bad… an atrocious display with abominable viewing angels.”

Was technology really THIS bad back in 2014?!

It’s like a glorified iPod Nano with half the functionally and 4x the price!

This is actually a pretty cool story.

Mystery Science Theater 3000 — MST3K — started on local-access public television in Minnesota back in the late 80s.

It ran for over a decade before getting cancelled in 1999.

Then the show’s original creators launched a Kickstarter campaign in 2015 to bring it back, and those jokers actually pulled it off!

The newest 14-episode season (bankrolled by Kickstarter backers) premiered on Netflix in 2017. 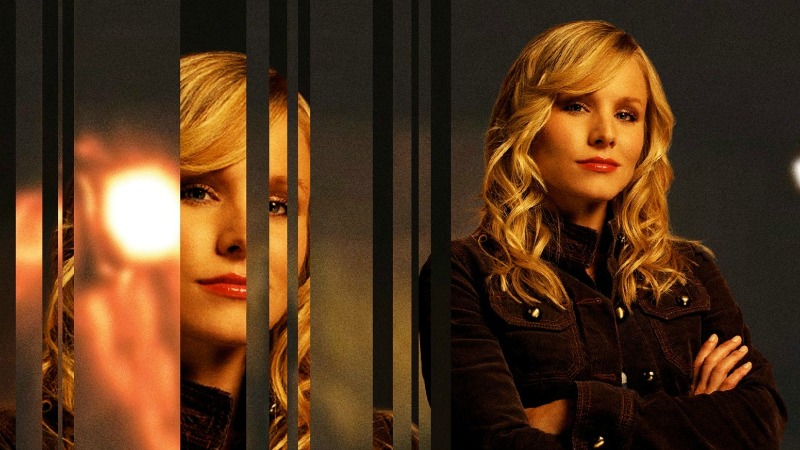 Much like MST3K, The Veronica Mars Movie Project relied on old fans to re-boot a cancelled classic show.

After raising nearly $6 million on Kickstarter, they premiered a 108-minute movie that raised…

A supremely disappointing $2.6 million at the box office.

But it does have a respectable 78% on Rotten Tomatoes, so the news isn’t ALL bad. 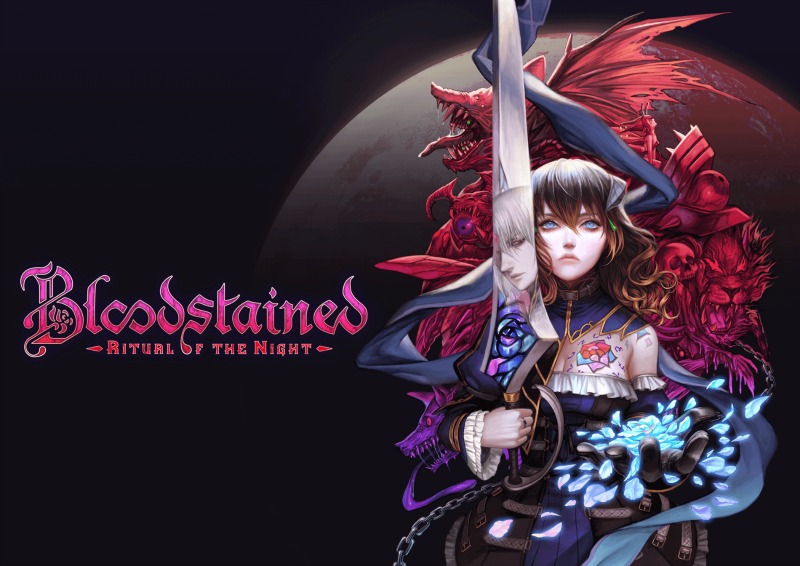 IGN calls Bloodstained, “A game worthy of its heritage.”

Which is kind of like my grandpa saying I can’t be “that” ugly because I look somewhat like him. 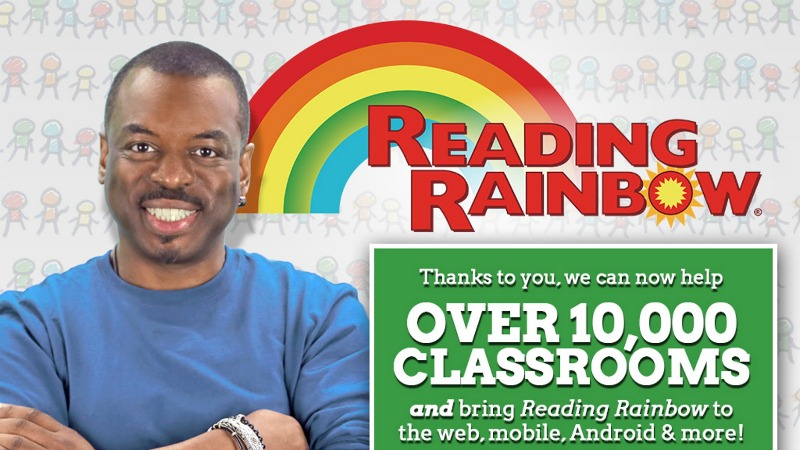 What happens after your raise over $5 million on Kickstarter?

LeVar Burton, the face of Reading Rainbow, was sued by a PBS affiliate who owned the show’s trademarks.

And Burton can now continue using the Reading Rainbow brand. 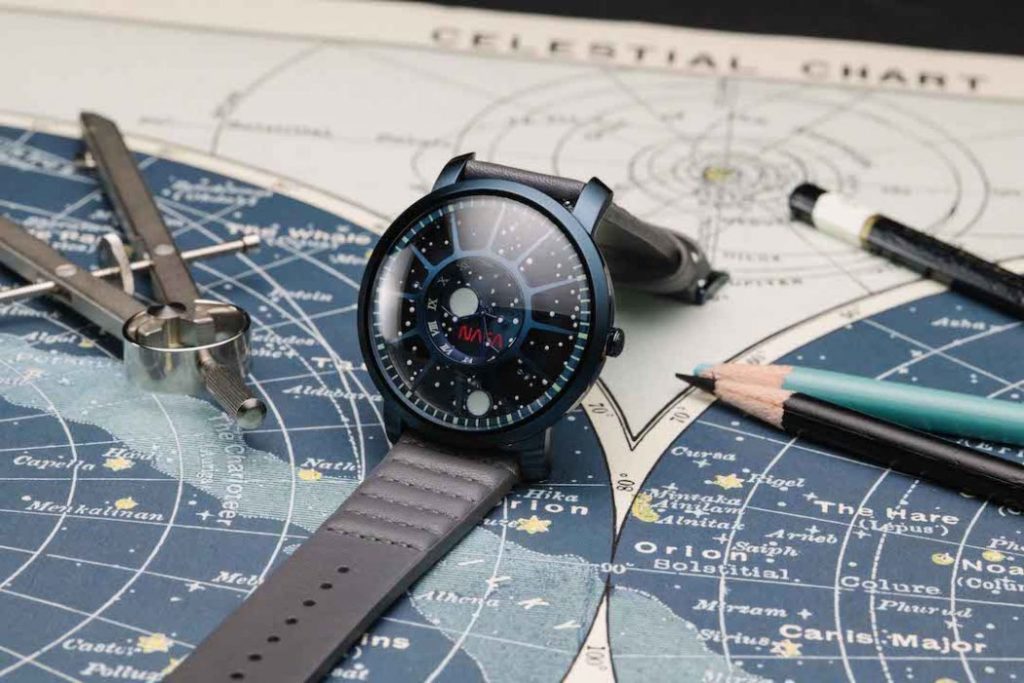 This one was ALL about timing.

Their campaign overlapped perfectly with the 50th anniversary of the moon landing.

Think it was all a hoax?

Put on your tinfoil hat and stop readin’ now, buddy.

Intricate maps of our solar system glow in the dark and give you the sense that you’re ACTUALLY looking out into space when you’re really just staring at your wrist. 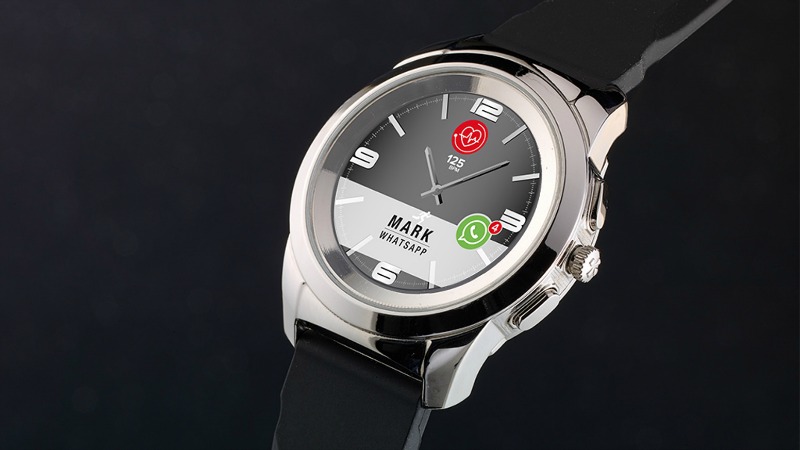 We’ve all heard the old joke:

“What time is your dentist appointment?”

But have you heard THIS one?

“What did the basil say to the parsley at the end of its life?”

“I’m sorry, but you’re running out of thyme.”

I think that one’s WAY better.

(Mostly because I just made it up.)

Anyway, ZeTime raised a boatload of money because they put actual hands on a smartwatch.

Which is, apparently, a desirable feature. 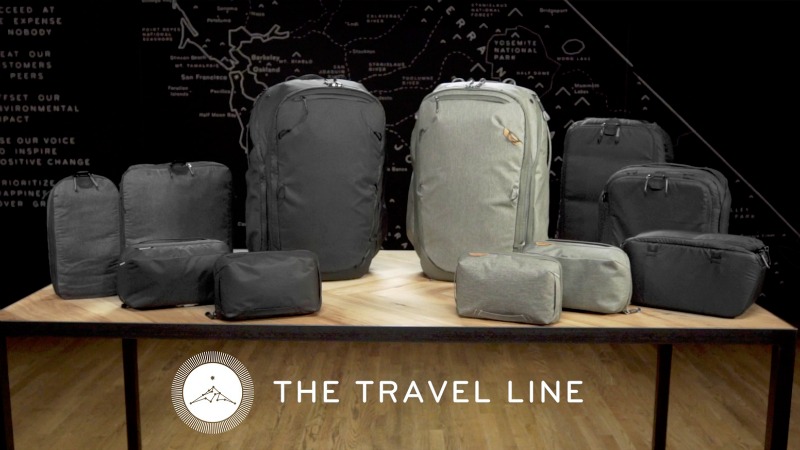 I am so SICK of Kickstarter backpacks.

Did I say that out loud?

Peak Design has had more successful Kickstarter campaigns than I’ve had girlfriends.

(Which really isn’t saying much.)

Still, pretty much anything they touch turns to Kickstarter gold.

And these highly versatile travel bags were no different. 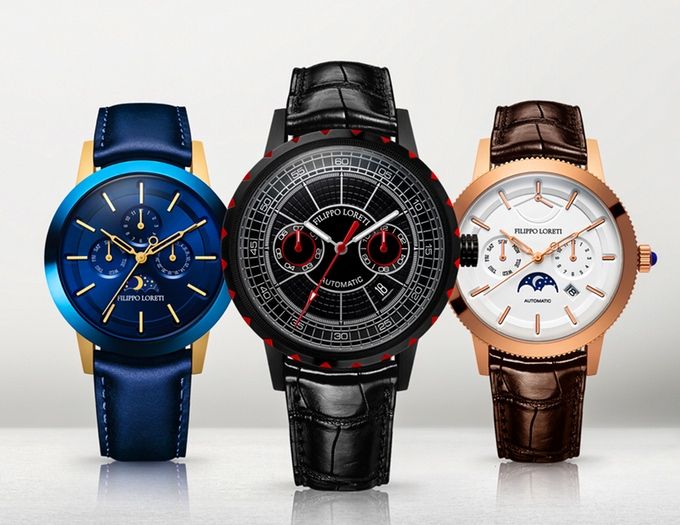 Italy is known for three things: 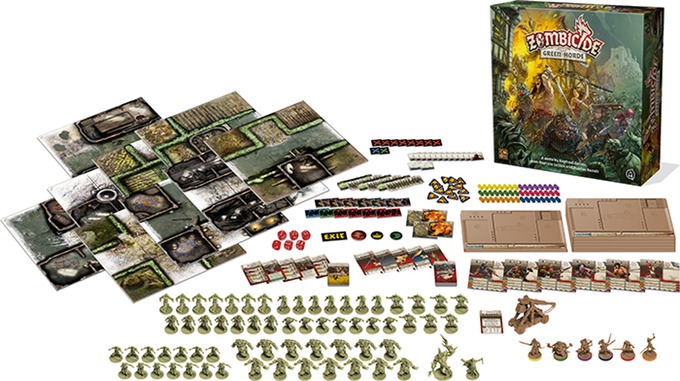 The Walking Dead has been on since I was in high school.

To put that in perspective, I just celebrated my 61st birthday.

But it does go to show that zombies are most certainly IN right now.

Success is all but guaranteed. 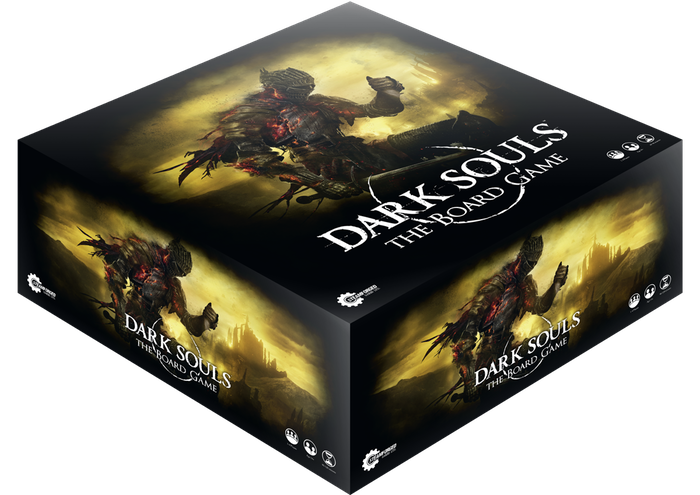 You know who had a dark soul?

Check out the most funded Kickstarter projects of 2019!

Then sign up for The HypeSquad, our hilarious weekly email featuring the 5 best Kickstarter projects + more!