Your 2022 Kickstarter campaign will be a miserable failure…

UNLESS you read these 17 amazingly simple 2022 Kickstarter tips.

Here’s how to DOMINATE Kickstarter in 2022:

1. Your product better be trendy AF

Is your product a wallet?

To do well on Kickstarter in 2022, your product needs to be one of two things:

It better be both.

BONUS: Which Kickstarter categories are poised to EXPLODE in 2022?

2. Invest in a first-class video that’s less than 3 minutes long

“But my Cousin Frankie says he’ll shoot everything on his iPhone 13 Pro for FREE!”

Does Frankie have an ounce of talent?

Or is his only skill getting outrageously drunk at family Christmas every year?

Because I’ll tell you one thing…

Without a tremendously entertaining video, your 2022 Kickstarter project will fail faster than a caffeine-free coffee shop.

These are EXCELLENT examples of the perfect Kickstarter video:

What do they all have in common?

They grab your attention EARLY (within the first 10 seconds).

Did these take a ton of time to produce?

But a top-notch video is THE most important part of a Kickstarter campaign in 2022.

Maybe you didn’t hear me…

YOUR KICKSTARTER VIDEO IS THE **KEY TO YOUR SUCCESS.**

Think of money spent here as an investment.

P.S. Check out our full list of 2022 Kickstarter video tips.

3. Your campaign page should look like a children’s book

(I’ve been wearing the same underwear for the last 11 days for Pete’s sake.)

Kickstarter backers WILL NOT read paragraph after paragraph of text describing your product.

They WILL spend time looking at crisp images and eye-catching GIFs. 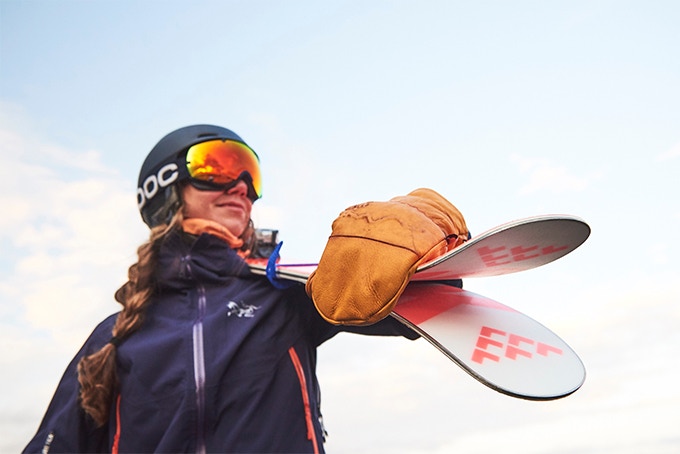 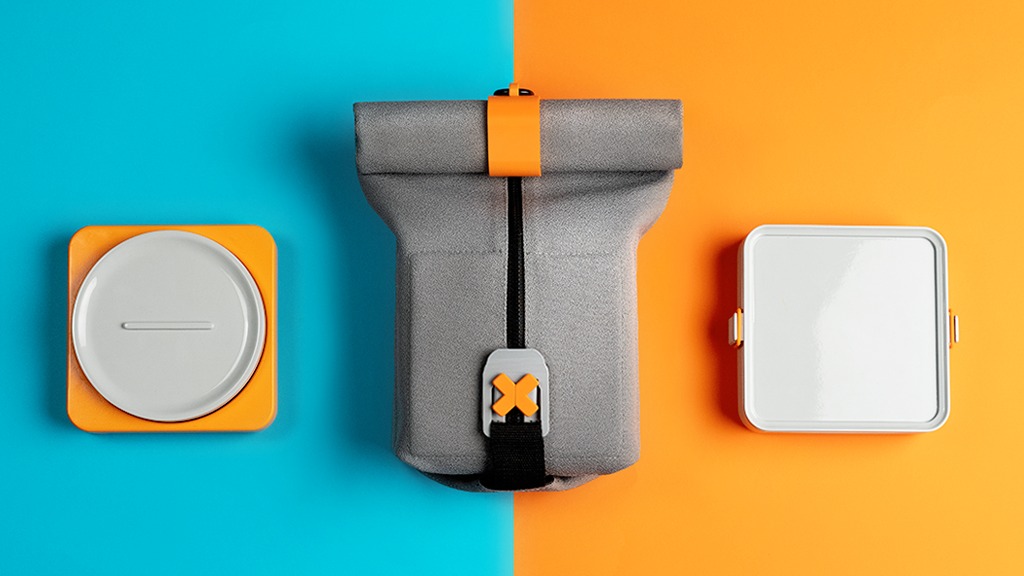 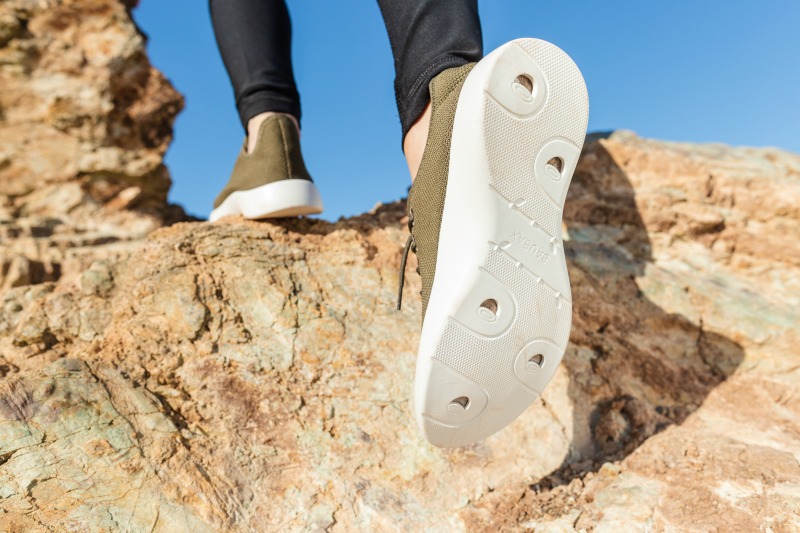 Honestly, you’ll be lucky if it cracks $1k.

(Or maybe I’m just jealous that I wasn’t cast in my 4th grade musical.)

If you want to succeed on Kickstarter in 2022. you need to launch your project in one of these three categories:

5. Launching in December is THE kiss of death

Launching in December is like going skiing in July — you’re gonna have a bad time.

People just spent a TON of money on Black Friday and Cyber Monday.

And they’re super busy (getting drunk) during the holidays.

In other words, the LAST thing on their mind is checking out your Kickstarter project.

This piece of Kickstarter advice is absolutely crucial:

Make sure your campaign is live when people would be using your product.

That might sound obvious, but so many creators blow this.

If you’ve created a revolutionary new swimsuit, you may think you should launch in December so you can deliver in June.

You should launch in June so you can deliver in December.

NOBODY BUYS SWIMSUITS IN DECEMBER.

What did I tell you about launching in December?!?

“What if my product isn’t seasonal?”

Shoot for a March or April Kickstarter launch.

Backers’ wallets have recovered from holiday shopping, but we haven’t hit summer vacation season yet when Kickstarter traffic dips.

Spring is a GOLDEN time to launch your campaign.

6. Taco Tuesday is the best day of the week to launch your Kickstarter project

Not just any Tuesday.

As a good luck tradition, creators of $1 million projects often eat tacos on the day of their launch.

(But I would like to see it catch on.)

The fact that Tuesday IS the best day of the week to launch your Kickstarter campaign.

Kickstarter site traffic is at its peak.

Because the best projects always launch on Tuesdays.

7. Your Kickstarter campaign duration should be between 45-60 days 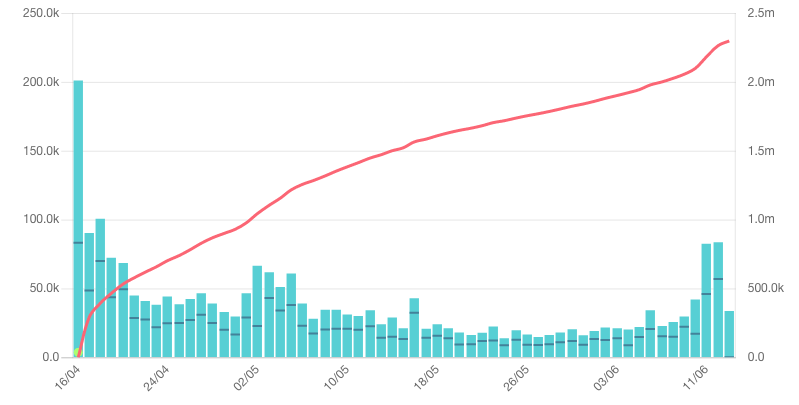 Most campaigns go with 30 days.

So the longer a campaign lasts, on average, the more money it’ll make.

Sure, you’ll have to spend more advertising a longer campaign…

But for highly successful projects, the trade-off is worth it.

Ok, you won’t really be assassinated.

But you may wish you were dead when your $500k project gets suspended.

Trust me, it’s worth it.

So your campaign could be allowed to launch, only to get shut down later.

They don’t care who you are or how much you’ve raised. 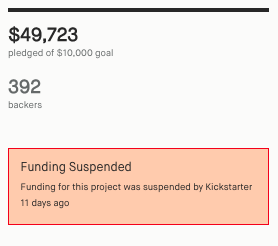 These major violations can get your Kickstarter project suspended in 2022:

-Your product is already being sold on Alibaba.

-You’re selling the exact same product on your website while your Kickstarter campaign is live.

-You’ve said that your product can do something that it can’t.

(If you claim it’s waterproof, you better be prepared to show that it’s actually waterproof.)

Don’t go through all of the effort to launch your campaign only to have it shut down 10 days in. 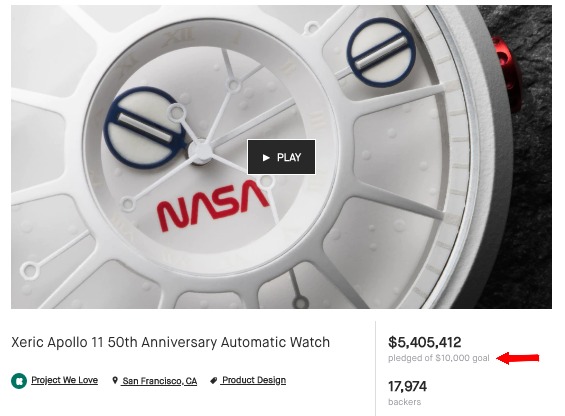 “But I wanna raise way more than that!!”

But your public funding goal in no way limits how much you can raise on Kickstarter.

Having a low public funding goal lets you FUND QUICKLY and build momentum.

You’ve passed your public funding goal of $10,000, but you know you’d never be able to manufacture with only $50k.

In this case, you can simply cancel your campaign and no backers will be charged.

“But then I’ll have wasted a whole bunch of time and money!!”

Trust me, you’ll waste even MORE time and money if you take the $50k you raised knowing you’ll never be able to make the product with that amount.

Why not just launch with a public funding goal of $100,000 if that’s how much you need?

Because a massive public funding goal drastically reduces your odds of gaining momentum on Kickstarter.

And early campaign momentum is CRUCIAL to your success.

You might want to sit down for this, ’cause it’s gonna hurt your feelings:

Nobody wants to buy a t-shirt with your company’s logo on it.

In fact, stick to as few rewards as you possibly can.

Offering an early bird reward is a no-brainer.

Backers EXPECT to see these for the first week of your campaign.

(And sometimes well beyond.)

Increase the sense of urgency to back NOW by adding:

-A quantity limit to your rewards.

-A time limit to your rewards.

BONUS: You can use BOTH techniques at the same time to add extra motivation for backers.

You can continually adjust these limits, too.

You can start out offering 100 early bird units, and bump up the limit to 150 units after day one.

You can make these adjustments right up until your campaign ends.

Once a reward has been backed, you CANNOT alter its text.

So be sure your reward structure is perfect BEFORE you go live.

12. You better have a STELLAR day one (crucial 2022 Kickstarter tip) 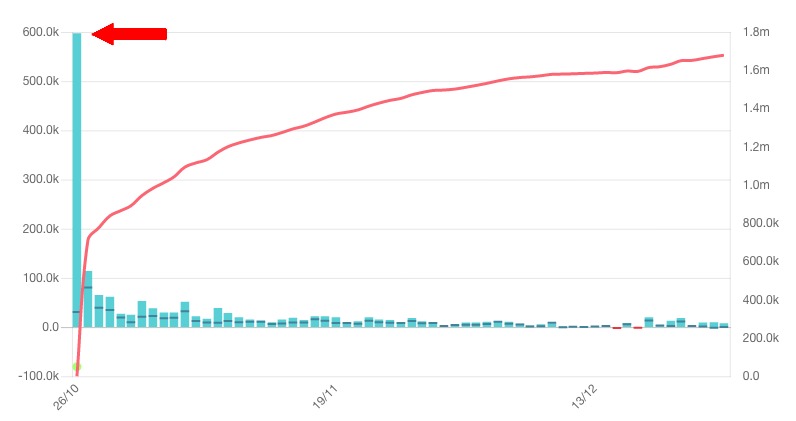 If your Kickstarter campaign gets off to a slow start, don’t worry, you have plenty of time to turn things around.

Lining up a large chunk of funding for your first 24 hours is insanely important.

I’d say it’s the #2 most important key to Kickstarter success after having an awesome campaign video.

How do you line up funding for day one?

Get your friends and family to back your project as soon as it goes live.

Have everyone on an email list, and tell them in advance when you’ll be going live.

(Or get them to “follow” your pre-launch page so Kickstarter notifies them as soon as you go live.)

Can’t get 20 friends and family to back your campaign on day one?

If you can’t round up 20 people YOU KNOW to back your campaign, why would a stranger give you money? 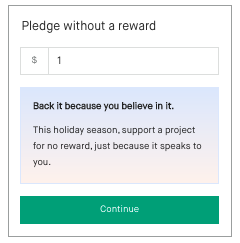 P.S. If your friends are cheap SOB’s like mine, have them “Pledge without a reward” and enter $1.

This will boost your backers numbers, which helps your organic ranking on Kickstarter.

13. Collecting pre-launch email leads is kind of a crapshoot

A lot of people like to shout from the rooftops:

But much more important than the NUMBER of people in your list is the QUALITY of those people.

An email list with 10,000 people is absolutely USELESS if they’re not engaged.

If they don’t know what Kickstarter is, they won’t convert.

There is NO SHORTCUT to building an organic customer list the old fashioned way.

If you already have a database of past customers who like your brand, great.

You should 100% send them an email on launch day.

But collecting thousands of leads through lightly targeted Facebook ads?

That’s pretty much a crapshoot whether you’ll recoup your investment.

They really can DRAMATICALLY boost your results.

As with everything in life, you get what you pay for.

Do your homework and trust your gut.

Ask past creators who they used and see if they had a good experience.

15. This is the BEST Kickstarter tip EVER!!!

Not really, but it did get your attention.

You want the same thing to happen when people view your campaign title.

It needs to PIQUE THEIR INTEREST!

It should practically force them to click on your campaign to check it out.

This is super important:

Make it easy for people to Google your product.

These guys didn’t do a great job: 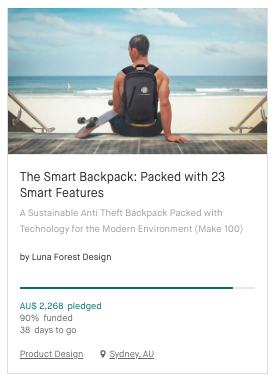 Calling your product “The Smart Backpack” is like naming your son, “Dad” — it’s way too generic.

When you Google, “Kickstarter Smart Backpack,” this campaign (predictably) isn’t on the first page. 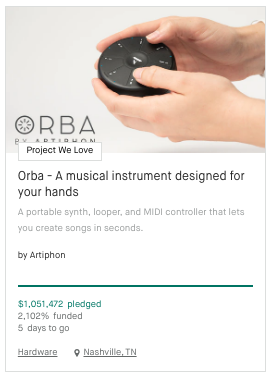 If you Google, “Orba,” you’re getting to this campaign page.

61.6% of Kickstarter projects fail to reach their public funding goal.

The average amount of money raised by successful campaigns is a mere $23,000.

The facts are daunting.

But they shouldn’t be discouraging.

The #1 most valuable thing you’ll gain from launching a Kickstarter project isn’t money.

You’ll learn who your customers are, what they want, and how much they’ll pay for it.

Kickstarter is the greatest market test on Earth.

Your goal for your first project should be to breakeven.

But the most successful projects YEAR AFTER FREAKIN’ YEAR are run by serial creators.

People who’ve run multiple projects are the ones who raise $1 million.

So consider this first run an unmatched learning experience.

And if you make a little money along the way, more power to ya.

17. But you gotta push that button

If you don’t push launch, I can only promise you one thing…

You’ll go to your grave wondering what could have been.

You try, you fail, you learn.

And over time, you make progress.

You can do everything right and still fail.

But why on Earth does that mean you shouldn’t try? 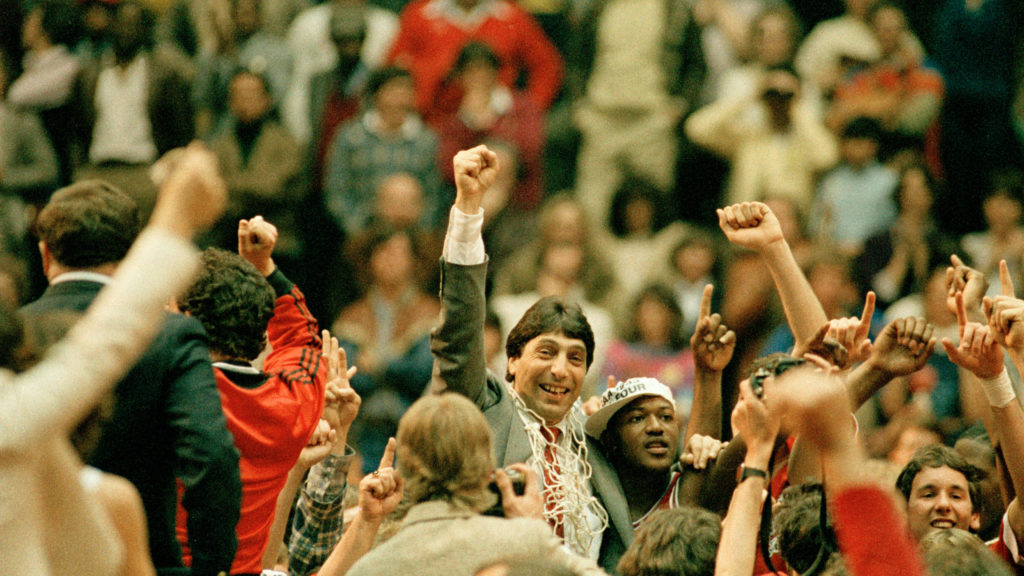 In 1987, Jim Valvano gave a speech called, “Cutting Down the Nets.”

In it, he talks about his dad.

“My father gave me the greatest gift anyone could give another person… he believed in me.”

Jimmy V lost the first game of his coaching career by 56 points.

Jimmy’s dad believed in him during both victory and defeat, and I believe in you.

But you gotta push that button.

Shoot us a message at [email protected]

Check out the 50 best Kickstarter campaigns of 2021.