If someone ever says that to you, I want you to slap them clear across the face.

If your video is trash, your project will absolutely bomb.

Here’s a simple, step by step, guide to making an epic Kickstarter video in 2019.

1. How long should a Kickstarter video be? 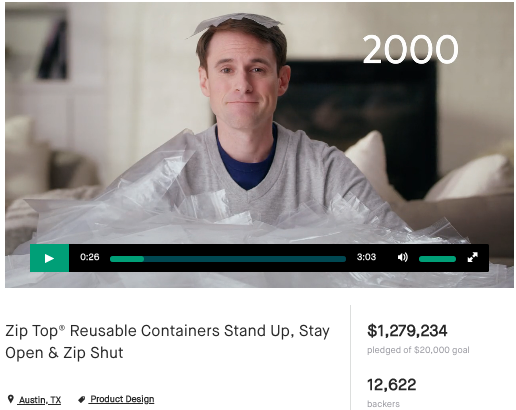 Some people think you should have a 5-minute Kickstarter video.

And those people are what I like to call, “wrong.”

I don’t care if Steven Spielberg directed it, nobody is going to spend 5 minutes watching a Kickstarter video.

(Except possibly your own mother.)

Your Kickstarter video should be between 2-3 minutes long.

Check out Zip Top’s 3-minute video, it’s the perfect blend of humor and storytelling with plenty of product details.

2. What’s a good completion percentage for a Kickstarter video?

Here’s a simple chart to see how you’re doing:

If you’re rolling with a 5+ minute video, it’s going to KILL your completion percentage.

Probably 15% of people actually watch a 5-minute video all the way through.

In other words, 85% of people looking at your campaign page aren’t fully-experiencing the most important part.

A poor completion percentage hurts your organic Kickstarter ranking, so aim to have it be as high as possible.

How do you do that?

It starts with a video that’s not too long!

Videos under 60 seconds are arguably worse.

If people are going to back your project, they need to feel emotionally invested in your story.

That’s really tough to do in under a minute.

3. What’s the most important part of a Kickstarter video? 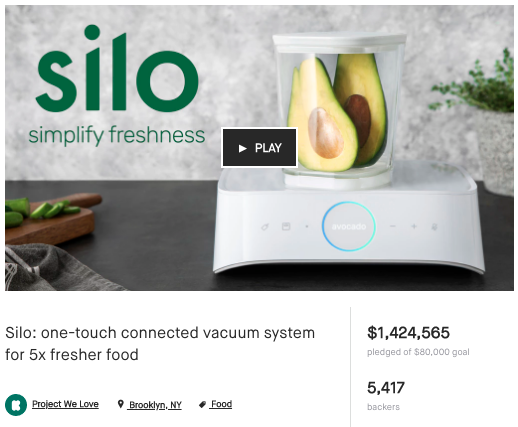 The most important part of a Kickstarter video is the beginning!

I just told you good projects have a video completion percentage of about 30%.

So, even if your project is crushing it, 70% of people aren’t going to see the end of your video.

(Or even the middle.)

That’s why it’s critical that you put the most important stuff in the first 15 seconds.

You HAVE to hook people early on.

I don’t care how you do it, but get their attention.

It’s a noisy, noisy world out there.

Your goal in the first few seconds is to get them committed to watching as much of your video as possible.

Now THIS video hooks you early:

A campaign called the Naya Health Smart Bottle made that video as a promo for their Kickstarter campaign.

They foolishly didn’t incorporate it into their main campaign video.

4. How do you hook people early on?

You can hire somebody who is.

You shouldn’t pretend to be something you’re not, though.

Otherwise your Kickstarter video will be painfully awkward.

Holy sh*t that was painful.

You have to blend clever storytelling with a detailed description of your product.

I’d suggest looking through the 34 most successful Kickstarter campaigns of 2018, seeing which videos you like, and reaching out directly to see who made their video.

P.S. Not all Kickstarter videos are funny.

In fact, most aren’t.

But the ones that stand out are ALWAYS entertaining.

5. Should you, the creator, appear in your Kickstarter video?

Well, in most cases yes.

I really like what the guys from The Flare did.

A creator appearing right off the bat immediately builds trust.

A BIG part of a Kickstarter backer’s decision to buy or not centers on the product, of course.

But they also ask themselves this question:

“Do I feel good supporting these guys?”

So if you’re able to come off as genuine and kind while you ask for other people’s money, you should appear in your video.

If you’re going to look like Mr. Burns from The Simpsons demanding money you don’t really need, that’s going to be a turn off.

Probably 50% of creators are from outside of the U.S.

If your English isn’t great, that’s ok (I promise it’s a hell of a lot better than my Chinese).

But if you think it may be difficult for others to understand you, I’d suggest skipping an appearance in the video.

7. What thumbnail should I use for my Kickstarter video?

Remember how I said that your Kickstarter video is the most important aspect of your campaign?

So this is probably our most important 2019 Kickstarter video tip.

What do you notice about these 3 popular projects? 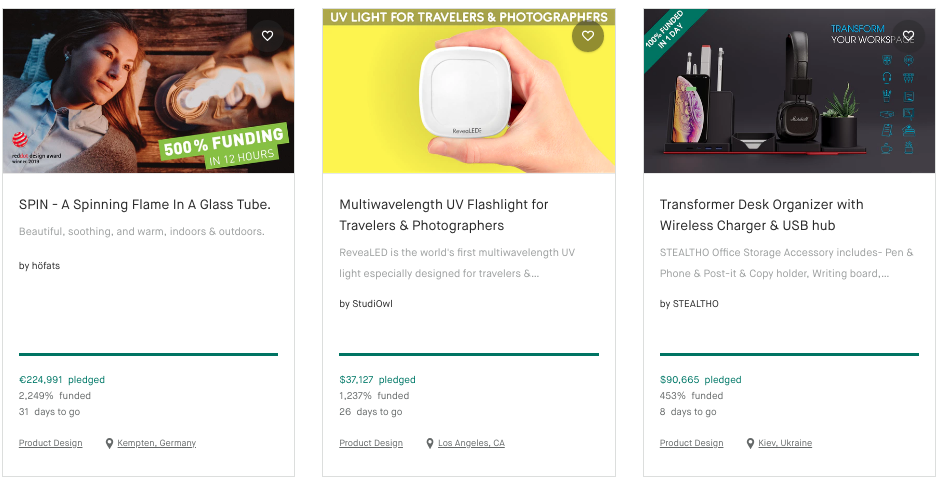 Heck, I’ll just answer for you.

Organic Kickstarter traffic will make or break your campaign.

So when Kickstarter fans are browsing the site, make sure your thumbnail catches their attention.

Check out the most popular Kickstarter design projects and Kickstarter tech projects for ideal examples of video thumbnails.

P.S. If you’re still building your campaign page, you should check out our 2020 Kickstarter Tips — 17 secret tricks to raise $1 million+.

You’ll be glad you did.

Our weekly round-up of the 5 absolute best Kickstarter projects of the week.