These are the absolute best Kickstarter board games of 2018.

But if you’re looking for our updated list, check out the best Kickstarter Board Games of 2019, too!

3D printers can build an entire HOUSE in less than 24 hours.

But we’ll just use them to build absolutely epic fantasy terrain.

The creators are unlocking a TON of sweet stretch goals right now, too!

2. Cultistorm – More Than An Ordinary Board Game

First off, I did NOT expect that voice to be coming out of that body.

Anyway, this is way more than a ordinary board game indeed!

So you’ll never play the same game twice, and definitely never get bored.

1. Tainted Grail – The Fall of Avalon

Simply put, this is one of the most intricate Kickstarter board games of all time.

1,000s of unique events ensure wildly fun gameplay, and detailed storylines will keep you coming back time and again.

And good news for those of you who hate relying on the luck of the dice:

Monumental is a civilization board game that, “Puts you in the middle of a world torn apart by empires fighting for dominance.”

Hold up, are we sure we’re not talking about the actual world right now?

Face off against up to five other nations all vying for global supremacy in this super fun (and challenging) board game.

Holy sh*t, that video is intense!

This fast-paced board game features dozens of monster figures, hundreds of playing cards, and a game board that’s downright spooky.

This Kickstarter board game is absolutely crushing it right now, so click below to check it out.

It’s like a darker, wetter version of Settlers of Catan.

You basically try to take over a constantly raining world by keeping your crew’s loyalty.

I have a feeling that my motto of, “The beatings will continue until moral improves” wouldn’t go over so well.

The board is completely modular and built out as you play, so you’ll get a refreshingly new experience every time you play.

3. Periodic – A Game of the Elements

When I was a senior in high school, my mom made me sign up for AP Chemistry.

I suffered from a general lack of basic scientific skills.

And an incurable case of Senioritis.

Needless to say I did absolutely terrible.

Disappointing my mother, my teacher, and perhaps to a certain extent, myself.

If only Periodic had been around at the time.

It’s a wonderfully fun way to learn about the periodic elements, and harness the raw power of the scientific method.

“If you aren’t investing in Bitcoin, you’re an absolute moron.”

– Pretty much everybody in December 2017.

1. Inhuman Conditions – A Game of Cops and Robots

That sounds a hell of lot like my ex-wife questioning my after a long night out.

You spend 5 tense minutes deciding whether your playing partner is a human.

3. Power Rangers – Heroes of the Grid Board Game

When I was a kid, some moron stole my Game Boy from my backpack.

And with it, my favorite Power Rangers game.

Uh, well, to rescue the robot.

Ever wanted to see yourself made into a character in a wildly popular board game?

Which is pretty sweet if you ask us.

So if you want to see that ugly mug of yours in a board game, back Unstable Unicorns before it ends on September 14th.

3. Call to Adventure – Featuring Name of the Wild

A multi-path strategy game where you get to choose how your character develops.

If you’re like me in real life, you’ll end up with neither!

2. Escape Plan – By Vital Lacerda with Artwork by Ian O’Toole

An incredibly popular strategy game about bank robbers and such.

1. Trogdor – The Board Game

Words cannot express how much I love their video.

It probably cost $20 to make and took about an hour.

But dammit is it hilarious.

2. The Binding of Isaac – Four Souls

But we know you’d rather just watch this video that tells you how to play. 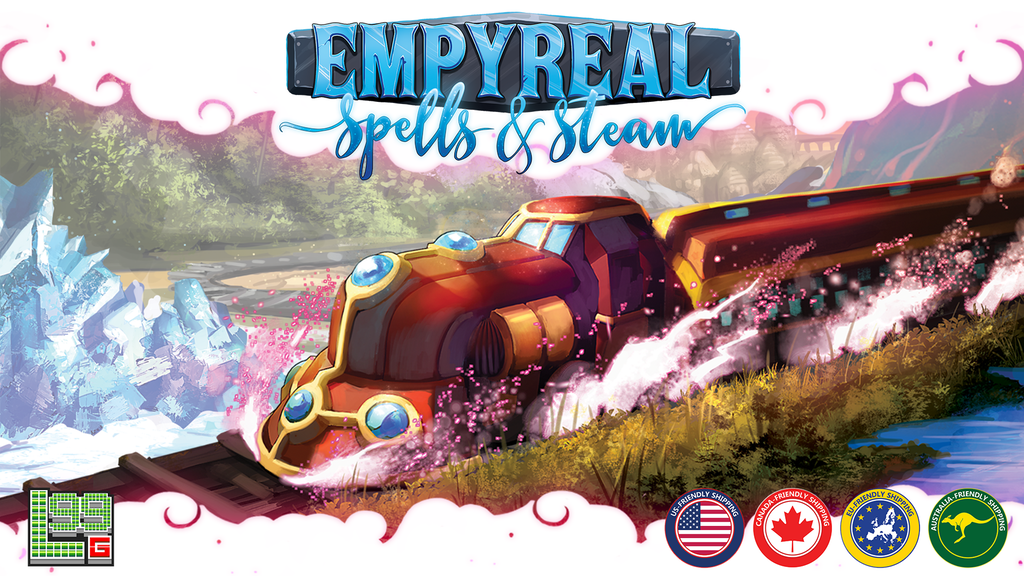 This is like cross between Ticket to Ride and Settlers of Catan — two of our all time favorite games.

1. Hellboy – The Board Game 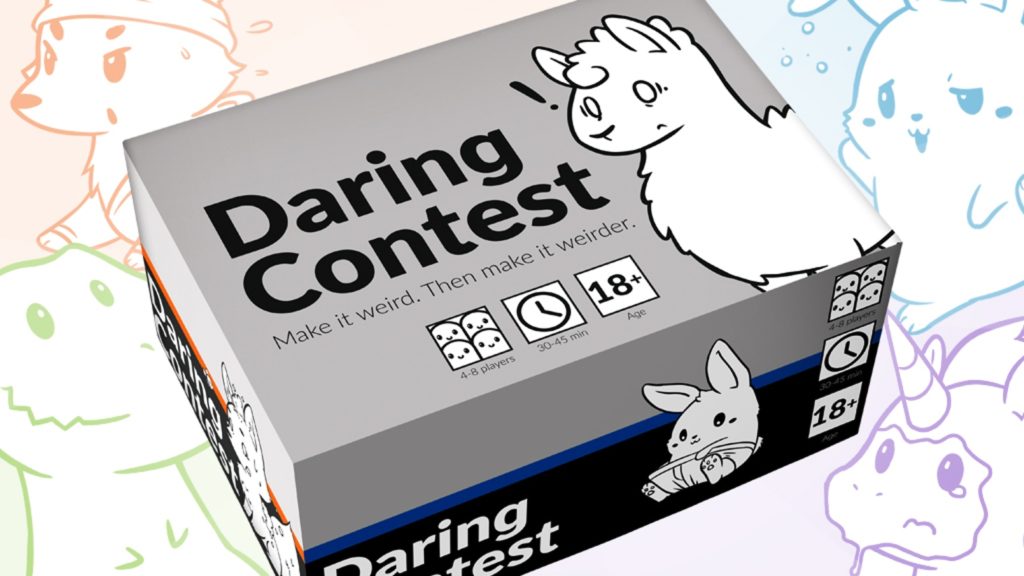 Daring Contest is a party game that you probably wouldn’t want to play with just any old group of people.

You’re gonna have the most fun playing with your best friends.

As the name suggestions, you draw cards with creative dares on them, and a judge decides if your ensuing performance deserves points.

For example: Pretending to sit in an invisible chair while milking a cow.

Following the trend of bringing old school arcade games back in board game form, Street Fighter is kinda like a combination of Mortal Kombat and Risk.

Fireball Island is so big that we wrote a full-blown feature on it.

And this version claims to be bigger, better and “100% more awesome.”

Basically you and up to 4 friends race around the island trying to avoid a mean SOB by the name of Vul-Kar who can shoot fireballs out of his pie hole.

A game of teamwork & betrayal, eh? Sounds like my first marriage.

But that doesn’t mean this gold-stealing card game doesn’t look like a blast.

Elder Dice are perfect for any fantasy or horror roleplaying game. They designed three all-new dice sets that come in three spooky colors.

Ever wonder what it would’ve been like if futuristic machines of mass destruction existed in the 1920s?

But luckily for us, the team behind Iron Harvest did. Iron Harvest puts a much bigger emphasis on strategy than other RTS games. So you can do more thinkin’ and less clickin’.

2. Dinosaur Island: Back from Extinction

We have but one thing to say about Dinosaur Island…

Their video is hilarious.

P.S. The team behind Dinosaur Island was nominated for four Golden Geek awards, whatever those are.

In Gotham City Chronicles, you choose to be a hero or a villain while trying to maintain control of the city.

We doubt you’ll ever get bored either, cause this thing comes with more pieces than a Jigsaw puzzle.

Check out the top Kickstarter technology projects of 2018.